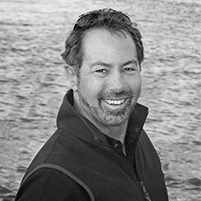 Terence S. Cox is a founding partner of CWL, formed in 1997. Prior to forming CWL, Mr. Cox was a partner with Derby, Cook Quinby & Tweedt in San Francisco.

Mr. Cox represents a variety of business interests, including entrepreneurs, shipping lines, property management enterprises, marinas, tug and barge companies, municipalities, property owners, transportation concerns, manufacturers and employers in various trades. He has been lead counsel in complex trials and appellate matters in state and federal courts throughout the Western States, including Hawaii, Alaska, Nevada, Arizona and Utah, and has acted as an arbitrator and mediator. His expertise includes catastrophic maritime injury claims and deaths, loss of vessels by fire and grounding, vessel collisions, products liability and salvage. He has tried some of the more prominent limitation of liability and salvage cases on the West Coast over the past thirty years. He has tried more than 80 cases in these fields and has prevailed in 90+% of his cases.