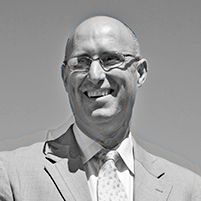 His contributions to the Firm were significant even after he retired and focused on his life-long interests in gardening, cooking, and hunting. He also worked on the family ranch near Ukiah where he oversaw the creation of a pond, among other pursuits.

Greg continued to be involved with promotion of the Firm, both domestically and abroad, and maintained the many close personal ties that he established over decades working with clients and colleagues in the maritime law world.

Greg will be missed by his colleagues and many others in the greater maritime community.