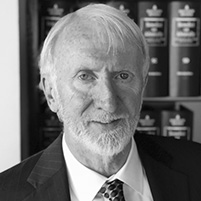 Edward Cosgrove joined CWL as an associate in 2018. His practice focuses upon maritime and business litigation matters, as well as transactional law.

Prior to joining CWL, Mr. Cosgrove ran his own practice for eight years, specializing in business litigation, civil appellate litigation, and transactional matters involving the negotiating and drafting of contracts within the music industry and in general business contexts. He also served as general counsel to a boutique web-development company.

Mr. Cosgrove began his career as a litigation associate in an insurance defense firm, in Los Angeles. During undergraduate school and law school, he worked as a law clerk in appellate specialty, medical malpractice, and toxic torts firms in Los Angeles, and in Long Beach, California.

Mr. Cosgrove received his undergraduate degree from the University of California at Los Angeles, and his law degree from Loyola Law School of Los Angeles.  He has been published in two law reviews, and has received awards for his writing, and recognition for his skill at oral argument. For ten consecutive years following graduation from law school, he served as a practice-coach for Loyola Law School’s Jessup International Moot Court competition teams.

Before becoming an attorney, Mr. Cosgrove spent over a decade working as a cameraman in the mainstream motion picture industry, in New York and in Hollywood. When he’s not practicing law, Mr. Cosgrove spends much of his free time playing music in front of live audiences.