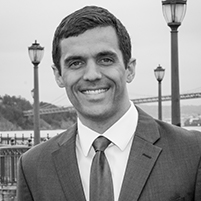 Shane Kolding joins CWL after serving one year as a Legal Research Attorney at San Francisco Superior Court, where he conducted research and ex parte hearings for judges.  He went to law school at UC Hastings, graduating cum laude in 2016.  During his time at Hastings, he interned with the Litigation Team of the San Francisco City Attorney’s Office as well as the Misdemeanor’s Unit of the Criminal Division of the US Attorney’s Office.  Prior to law school, Shane earned his undergraduate degree from Gonzaga University.  He then served four years in the Army, holding positions as a Platoon Leader and a Company Executive Officer.  He was deployed to Afghanistan from 2010-2011.