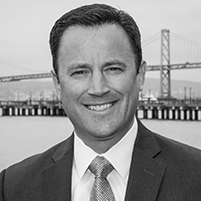 Chris Tribolet joined CWL in 2017 and became a Partner in 2019.  Prior to practicing with CWL, Chris served in the United States Coast Guard.  His career included sea duty as a deck watch officer and land-based assignments as a commercial vessel inspector, a marine casualty investigator, pollution response officer, as well as representing the Coast Guard in merchant mariner license “suspension and revocation” actions.

Following law school, Chris served as a duty attorney for operational, marine safety, and pollution matters.  From 2008 until 2010, he served as a Special Assistant United States Attorney in San Francisco.  Later assignments included serving as the chief of the law section at the U.S. Coast Guard Academy and leading the Coast Guard’s largest field legal office in Alameda, California.  He retired as a Coast Guard commander shortly before joining the maritime and litigation practice at CWL.